resulting in detention and two days of interrogation

his treatment by the Adyar Estate General Manager

(May 15th letter included on this page)

The email below reveals a picture of Adyar of which the general membership have been unaware but which should now be fully investigated by the new international president, and brought out into the open.

The email was sent to Indian Section General Secretary, Mr Sundaram and marked for the attention of other senior officials. It outlines Mr Kannan’s reasons for resigning from the Theosophical Society.

It appears that after being reported to police by Adyar Estate General Manager Mr S Harihara Raghavan, former accountant,Mr M Kannan was summoned to the Besant Nagar police station, and interrogated for two days from May 14th to 15th 2014.

Mr M Kannan was in the employment of the Theosophical Society and resident on the Adyar Estate for many years up to October 2013. Mr Kannan claims, in his May 15th letter to Tim Boyd, that prior to his leaving the Theosophical Society, he had experienced a long period of victimisation by Mr S Harihara Raghavan and others, and that there is a culture of staff bullying by the Adyar Estate management. Other staff have also reported harassment. A copy of the Mr Kannan’s May 15th letter is included on this page.

It is to be noted that, in his May 15th letter, Mr Kannan states that he has documentary evidence for his allegations. It is also stated in the May 18th email, that harassment has been extended to members, as well as Adyar employees. He further states that “Threats of influencing police to coerce people into submission are common.”

Mr Kannan also claims in his email that Mr Harihara Raghavan continues to harass him by phone with “threats, intimidation and coercion.” It is unclear why this should continue over six months after Mr Kannan has left Adyar employment and his residence on the Estate. 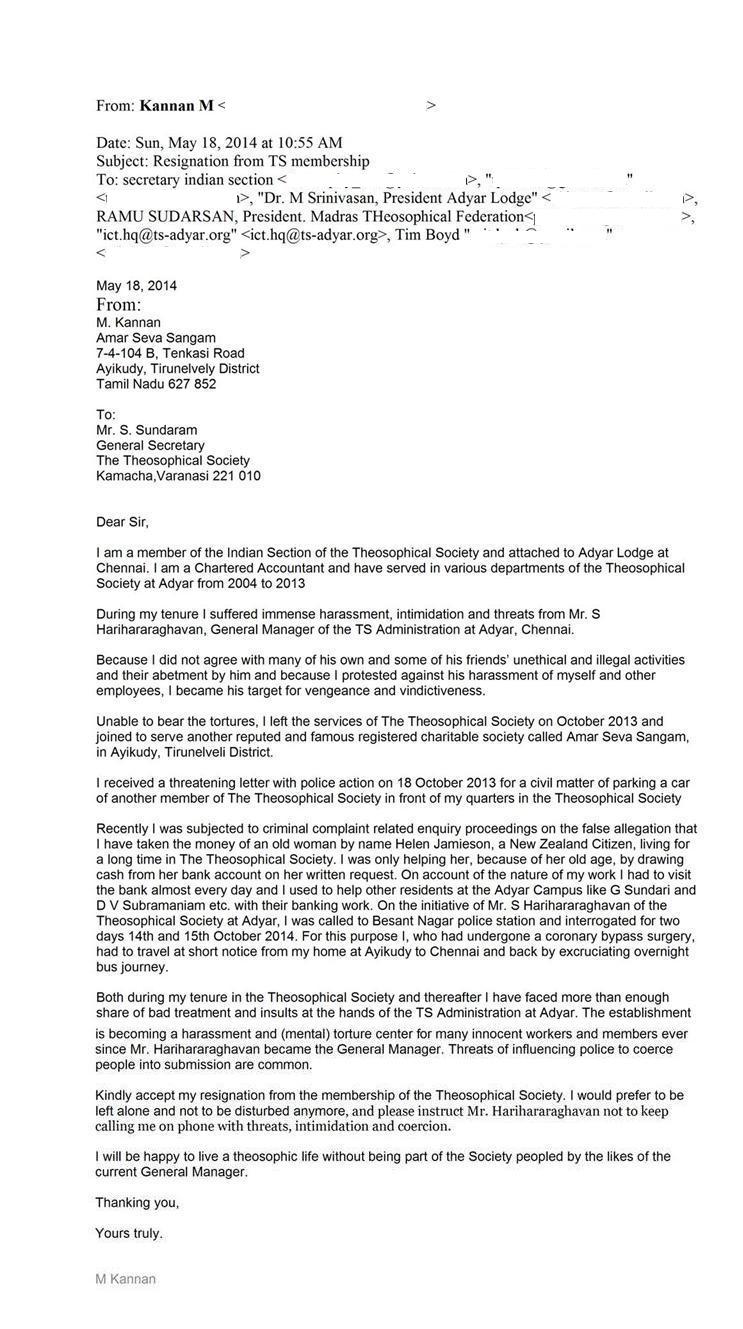 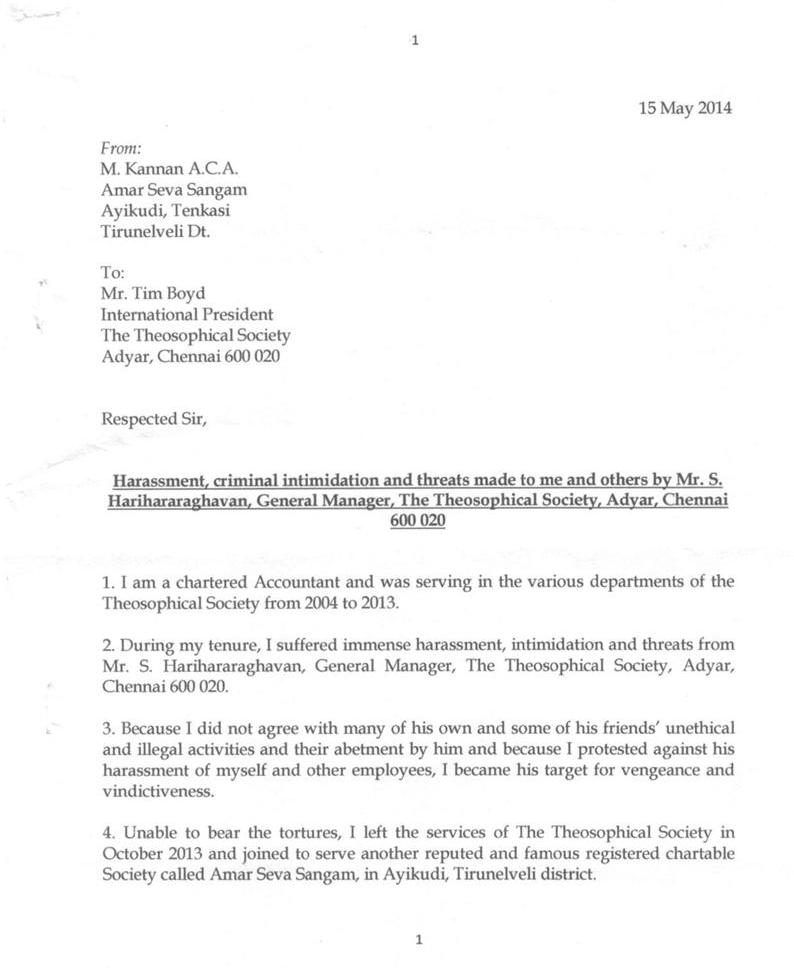 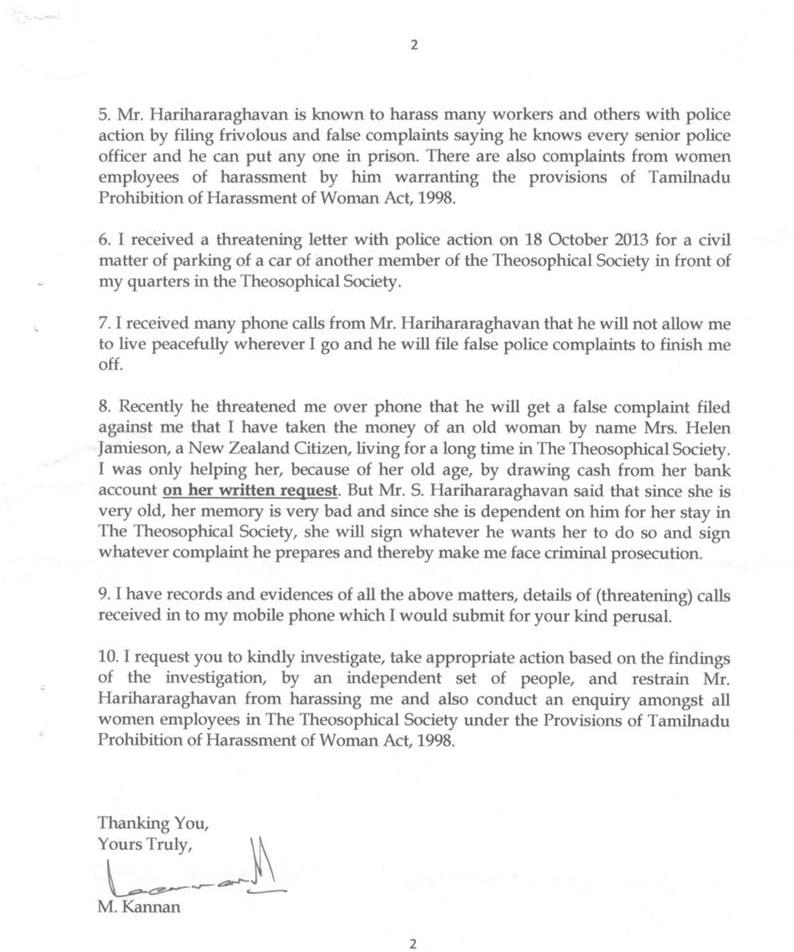 True to form, one month has elapsed and

the President and General Council have failed to